Steam has prevented users to cash out CSGO skins due to money laundering issues in the past.

Steam is an online video game distribution service by Valve and was created to facilitate automatic updates for their games. Over time, the service has gained massive traction and eventually also included third-party publishers to list their games on the popular game client.

Today, there are over 30,000 games, including Valve’s Counter-Strike: Global Offensive (CS:GO), DOTA 2 and many more game titles on the platform. However, in spite of its massive success in the game industry, Steam has enforced a strict guideline that disallows withdrawals of funds from the built-in Wallet. One of the main concerns that Steam officials have is their worry of bad actors using the platform as a way for money laundering. Hence, any funds or earnings made from items like CS:GO skins will be stored permanently in the Wallet.

As a result, the CSGO community has voiced discontent with the way Steam “trapped” their funds for use only in the Steam Market. If you have spent on the official market before, you might be one of those who do share similar sentiments on the policy that deposited funds cannot be withdrawn out of the Wallet. This is especially frustrating for players who are trading weapon skins, one of the most lucrative virtual assets built by the company.

Fortunately, there are various workarounds with Steam’s core trading mechanism such that it is now possible to withdraw your earnings from your accounts. For CS:GO skins traders, using reputable third-party skins marketplaces right from the start seem to be the most ideal way to ensure that none of your funds are locked within the confines of the Steam Market.

In this article, we will dive deeper into the process and alternatives for you to cash out CS:GO skins, and understand the benefits and risks involved in doing so.

Read: What is the Steam Web API scam and how to protect your CSGO skins?

How does the Steam Wallet work?

Steam Wallet, as the name suggests, is a virtual wallet that is used within the community market. It allows you to deposit real money through a variety of options such as credit cards, PayPal or even Cryptocurrencies (e.g. Bitcoin and Ethereum). These credited funds are to be used only on games, software, skins, weapons and anything that can be purchased on the Market. Users are also able to transfer their funds to other players in order to create a sustainable economy. But how the Wallet works is unlike other digital wallets like PayPal and Skrill, as credited funds are automatically converted into an equivalent of Steam credit. This action ensures that the platform is not operating as a digital bank or a financial entity, while continuing to encourage spendings within the Market, something that Valve Corporation is largely against due to potential money laundering concerns.

In the past, many game publishers offered the option for their players to buy or sell virtual items with real money, including the withdrawal of their earnings in the form of cash or cryptocurrencies. Unfortunately, the gaming industry was targeted by bad actors and criminals as they saw the liquidity in virtual items like CS:GO skins. Moreover, no KYC verifications were required in Steam Market. This is presented as an attractive options for Drug dealers, scammers and hackers to wash their “dirty money” through the lucrative CS:GO skins economy, because these virtual items are tagged with real money value, as seen from transactions like the AWP Dragon Lore and the record-breaking deal of the StatTrak M4A4 Howl. Eventually, this feature was removed entirely, leaving players who are legitimately in need of withdrawing their earnings for their daily expenses and other real-life matters with no choice but to resign to fate. 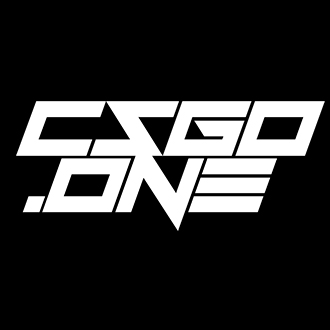 But thankfully, the CSGO community was quick to react to this restriction and soon enough, numerous methods were deployed to facilitate and support the buoyant CS:GO skins economy. Using the publicly available Trade URL and API, third-party platforms utilised these functions to enable players to cash out CS:GO skins outside of the Market, while providing them a way to withdraw their profits instantly and securely.

Although the lack of withdrawal option is one of the most talked about issues in the community, it is very unlikely that the platform would reverse its decision to enable the withdrawal option. Hence, third-party marketplaces serve as a reliable proxy for players to buy or sell CS:GO skins securely, even if the platform did not officially endorse any such marketplace that facilitates cash out CS:GO skins so as to avoid unnecessary troubles with the AML compliance.

SkinCashier is a by-product of this demand existing in the CSGO community, wherein CS:GO skins trade can finally be transacted in real money. As a matter of fact, the additional steps required to connect one’s account to a third-party marketplace like SkinCashier may put off some, most skins traders are willing to spend that extra minutes to set up an account in SkinCashier and to subsequently link their account to the marketplace. There is nothing more enticing than using a trusted and reliable weapon skins marketplace to take advantage of the vibrant skins economy and to cash out weapon skins for their real-world usage.

Since its inception in 2019, SkinCashier has received favorable praises from the community, including active CSGO players and veterans, for their ease of use and pleasant customer service support. Similar to the official market, there is a dedicated support channel for SkinCashier users to contact whenever required. The third-party marketplace is also known to offer one of the best rates for users who wish to sell skins, especially when SkinCashier is poised to be one of the best CSGO skins marketplaces for players who are specifically selling CSGO skins. Within minutes, you may connect your account, select your skins, accept their prices and cash out the CSGO skin in less than an hour.

SkinCashier also has beautifully designed them with plenty of trades done on the platform, further proving the fact that it is favored by CS GO skins traders. Additionally, DOTA 2 players can also use SkinCashier to sell the game’s items for real money, instantly. Another point to note about the platform is that it is designed for gamers, by gamers. The team behind SkinCashier is aware of the needs and concerns of the community, and have therefore built the comprehensive site to ensure the safety and accessibility of its users. For instance, users can only login via the official account’s “Login Client”, instead of inputting their sensitive information like username and Password on SkinCashier.

The precautionary measure was made in response to an increasing number of phished or scam CSGO skins marketplace which claims to be an authentic site, but were actually built to steal users information through the latter.

Another benefit that CSGO skins traders can enjoy is SkinCashier’s wealth of options for payout, in response to the gradual request made by users over the past year. Users of the marketplace can now choose between PayPal, Payeer, ADVcasg, Yandex Money, Qiwi, Bitcoin and Ethereum to cash out CSGO skins instantly. Cryptocurrencies like Bitcoin and Ethereum are included in the cashout option as there are some who value privacy, since setting up and maintaining a Bitcoin or Ethereum wallet do not require you to KYC or verify your identity.

Using SkinCashier’s platform is relatively simple and easy to navigate as well. Apart from the straightforward account connection process, there is no lack of tutorials and updates on CSGO skins, tips and tricks about the game, as well as ample documentation for first-time sellers of CSGO skins.

Read: CSGO Launch Options That Everyone Should Be Using

Limitations should not bind you from earning from CSGO

Despite millions of requests from fans, the platform is always relentless about not letting people out of their Steam Wallet accounts with funds. It is also for this reason that the only way out is through third-party trading platforms like SkinCashier. Third-party marketplaces enable players to truly earn while they play, providing a great opportunity for anyone hoping to sell CS:GO skins. It is easy to join a site that buys skins but you should be careful not to join a scam website.

The platform may stop players from withdrawing funds on the Wallet, due to money laundering concerns. But that should not stop millions of CSGO players who are genuinely seeking a way to earn from their favorite game. If you’re looking for a quick, secure and instant way to convert your rare CSGO skins into real money, SkinCashier is the go-to platform to sell CS:GO skins with a variety of payment methods.