Call of Duty: WW2’s launch is just around the corner, and we’re excited to jump into the old battlefield once more. To get you fully prepped, we’ve gathered the information that’s worth knowing before the game releases tomorrow. Read up soldier, the battle starts soon!

I opened four chests that I had earned this morning and everything in them was duplicates. The armory points that you get for duplicates from a chest is typically less than one payroll in the mail, unless it's a duplicate of a very rare item. The chests are a nice thing to work for, but when everything is a duplicate it's easy to lose interest. This is a very good reason to not buy.

A day one patch is needed to play the campaign

We hope that you disc users have a good internet connection. In order to stop early/leaked copies from revealing too much, CoD: WW2 requires a day one patch to be able to access the game’s campaign. A bit of a blow for those who choose not to purchase the digital release. The biggest catch comes in the 9GB size of this unlock. With a lot of hype around the game, many players are concerned that servers will be overloaded on launch as players scramble to download to hefty update. Since Sledgehammer knows players require this fix, we can only hope their servers are prepared.

You can flaunt your loot boxes in the headquarters

Footage of the new lootbox system has appeared on Reddit, and it looks like loot boxes are dropped into the game’s HQ social space for all players to see. After purchasing the box, you need only find an empty space to throw down a flair, and the lootbox will come crashing down from the sky to pop open with cards. Every player on the server will be able to see what you’ve earned (no doubt to incentivize their purchase) but thankfully they won’t be able to interact with or steal your new gear.

Loot box weapons are cosmetic only

Sledgehammer Games has confirmed that lootbox weapon drops will be cosmetic changes only, meaning you won’t be reliant on lucky drops to get the best guns. Loot boxes have been a controversial inclusion to the series since Advanced Warfare in 2014, and it was a fairly frustrating experience to be reliant on opening packs to get weapons with the stats you wanted. WW2's loot boxes will contain cosmetic changes, emotes and more.

Nazi Zombies will have character classes

CoD has continued to adapt the Zombies gametype in every iteration and this one looks to push the boat out further with four main character classes: offense, control, support, and medic. Each will come with customizable loadouts and progression mechanics that extend beyond individual matches. Permanent Perks can be equipped to your character prior to matches, allowing you to customize a team for the game. Each class will also have a super ability that requires charging up over time. When activated, these will grant a temporary, powerful ability (think ultimates in Overwatch but less extreme). So far, all we’ve been shown is unlimited ammo, but we expect powers related to each class role.

There’s no question that loot boxes, poorly implemented as they can be, are the real money makers in modern gaming, so it’s no surprise that Activision will be cramming them into every orifice possible for their leading franchise. Dataminers recently revealed that Zombies crates will come in three flavours: Common (1x use), Rare (2x use), Legendary (3x use) and Epic (4x use). These can be opened during zombie games to give you a selection of powerups, perks and weapons to let you push further. Guaranteed weapon drops will give some degree of control to their use. The boxes appear to only provide a buff for the single game you’re in, so use them wisely.

The 48-player social space was inspired by World of Warcraft

Yep, you read that right, CoD’s new HQ social space was inspired by the cities of World of Warcraft. During an interview with Eurogamer, Sledgehammer co-founder Michael Condrey, referred to the positive experience of visiting Orgrimmar, the home city of WoW’s Horde faction.

“Remember that first time experience,” Corey reminisced. “When you did your quest and you levelled up and you earned all these great rewards and then you walked into Orgrimmar and it was a bustling city of people with all these activities that made it a community, whether it was the guy who was just showing off his max rank, all purple mounts or people going to mail, or people gifting each other things? That sense of community was something we felt Call of Duty hadn't capitalised on yet. That's what our attempt with Headquarters is.” 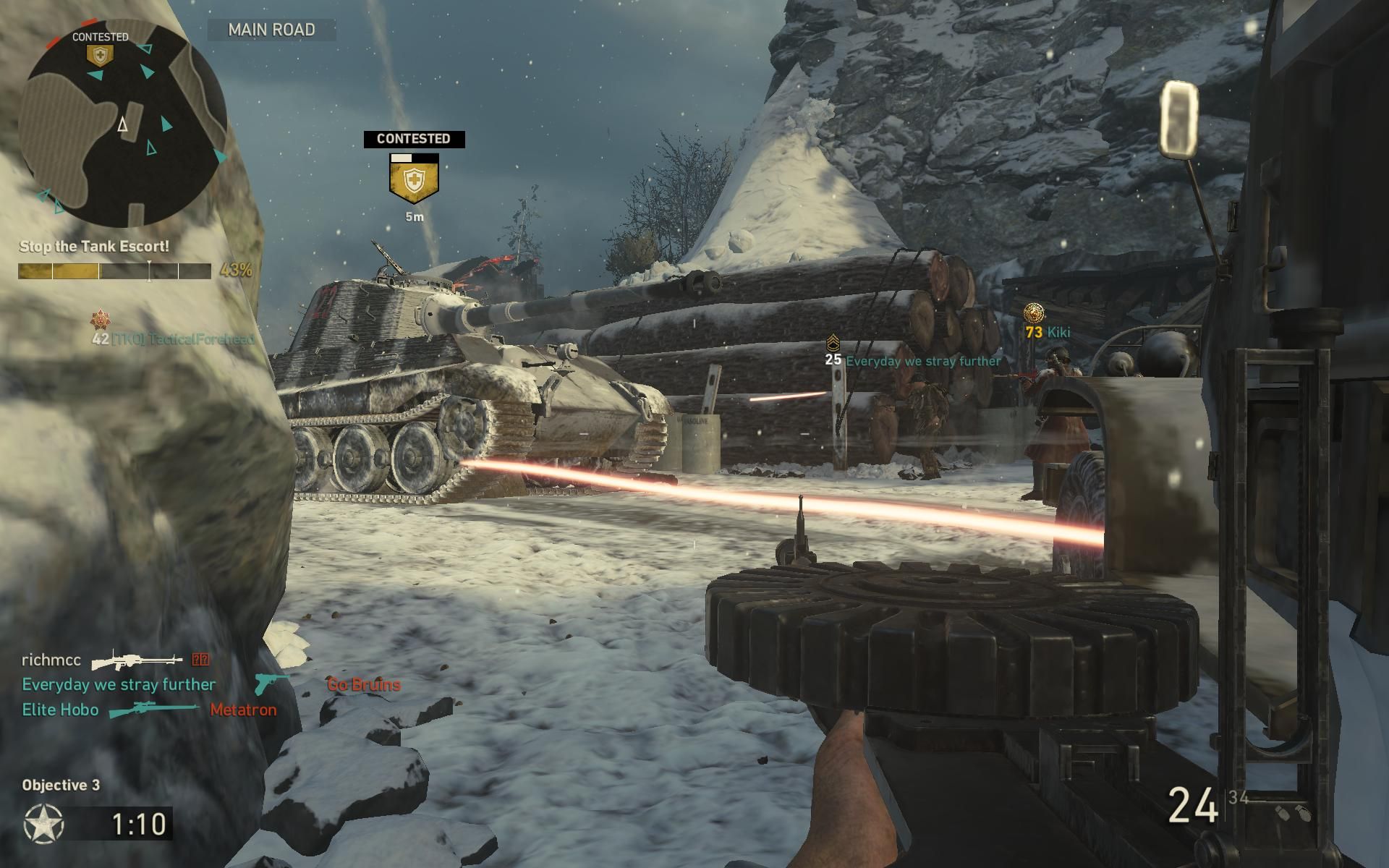 If CoD:WW2 can manage to recapture the community spirit from the golden era of MMOs then that will be a sight to behold. Normandy’s beaches is an odd place to bring back happy memories, but Sledgehammer are trying their best to fill the place with as many fun things to do as possible — think Destiny 2’s social spaces, but with more muddy beach.

You can test every scorestreak in the HQ

Let’s be honest, we’ve all been there. Working hard to earn that high-ranking scorestreak for the first time, only to have no clue what it does once you earn it and wasting the time. Thankfully, CoD: WW2 will let you test your skills with every scorestreak in the game in the social HQ space. You’ll be able to test what the abilities do and practice your strafing runs before you head out and earn them in the field, now there are no excuses for missing those multi-kill carpet bombs. Beyond scorestreaks, the social space will also be the place you sign up for daily challenges, craft weapons and test your abilities on the firing range.

When mentioning online CoD, the first image that springs to mind isn’t always a positive one, and it’s fair to say the series has earned a bit of a reputation regarding screaming children and a toxic player base. However, Sledgehammer are hoping to change that with a new commendation systems. In the HQ area you’ll have a social score which will earn you rewards. 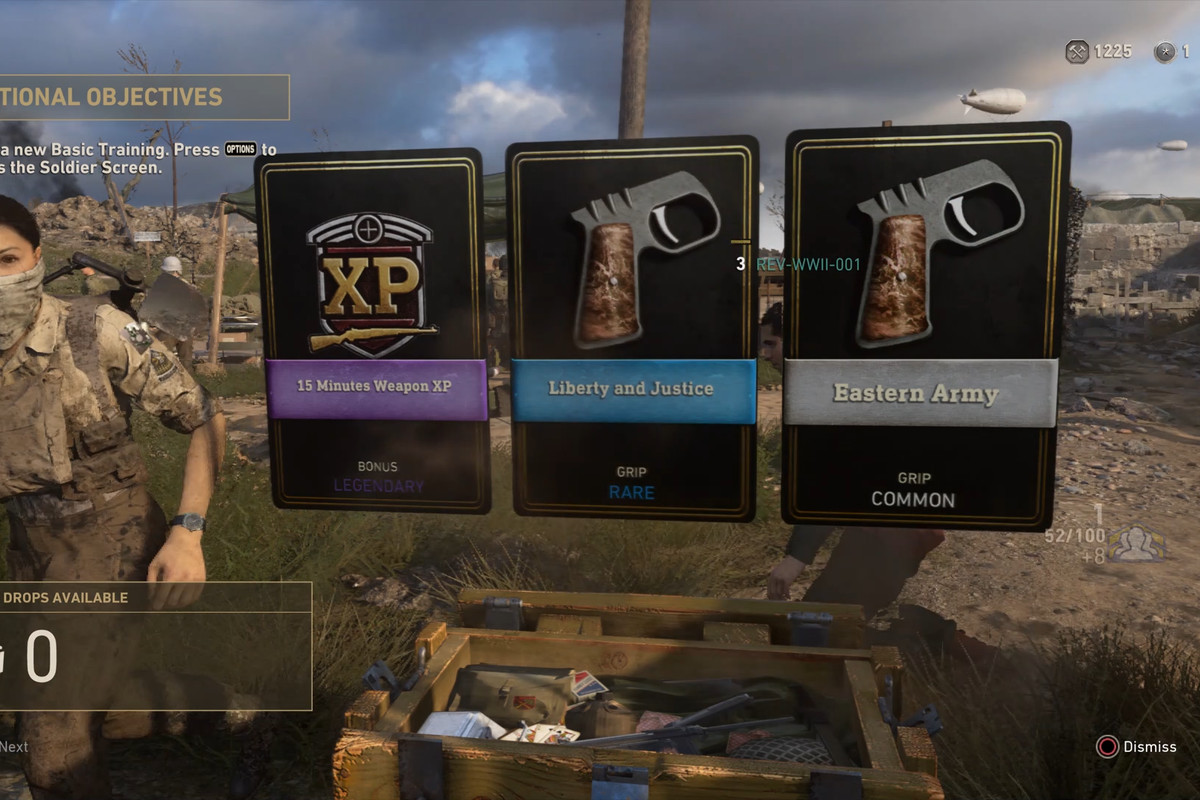 Speaking with the Guardian, Corey said that the system “represents the number of commendations other players give you for being a good member of the community. Maybe you’re not the best Domination player but it could be that you’re friendly, welcoming and helpful in HQ and you’re good on the firing range – I can commend you any time I see you, I’m up-voting you as a person. And the higher your social score, the more rewards you get. Hopefully those systems instil the right community behaviours.”

In practice, it’s hard to maintain a positive online environment as many other games have shown. WIthout moderation, sense of community tends to deteriorate as the loudest voices turn to obnoxious trolling or racial slurs. We’re hopeful that tying rewards to good behaviour may help the new HQ space may avoid this for a time, but it’s a problem online gaming has yet to successfully navigate.

Please enable JavaScript to view the comments powered by Disqus.

Join Our Newsletter and keep up to date on the latest from HyperX. We promise to handle your information in line with our privacy policy.