Australian casino operator Crown Resorts was warned in 2017 about its dealings with the Suncity Group junket, while Crown’s chair claimed the company’s anti-money laundering compliance.

This article was originally published in Asia Gambling Brief.

Some of Macau’s biggest junket operators — also known as VIP gambling promoters — are planning to exhibit at next month’s Macau Gaming Show in a sign this integral part of the local gaming scene is seeking to polish its reputation. 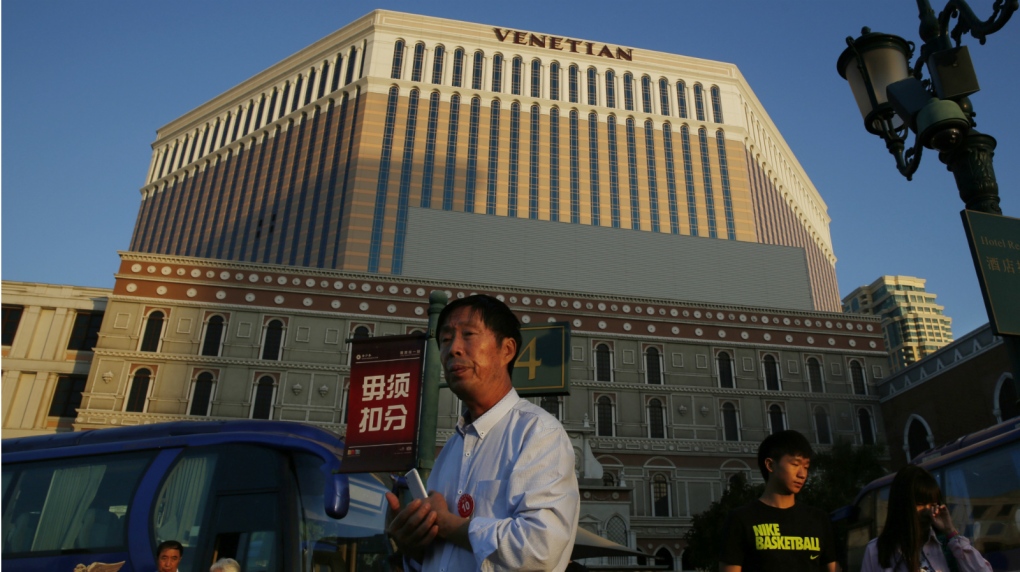 According to the organizers, junket operators, including Suncity Group, David Group, Jimei Group and Golden Group, have registered and will showcase their business to some 6,500 expected attendees.

Junket operators are an integral part of the Macau gaming scene, bringing in the Mainland Chinese gamblers that account for 75% the industry’s US$38 billion in annual revenue.

However, they have been tarnished by alleged links to organized crime and money laundering, with high-profile government figures acknowledging that part of the junket business has links to criminal organizations.

These allegations have come about because of the VIP promoter’s role in extending credit to high-rolling Chinese gamblers, sometimes helping them circumvent Chinese currency restrictions. But many have now expanded into other areas of business.

Suncity for example has ventured into finance, property, mining, media and fine dining with the Sky 21 Bar and Restaurant and set up music and film production company Sun Entertainment Culture.

Jimei is involved in financial services in Hong Kong through its Jimei Wealth Management and Jimei Investment Holding divisions and operates a water park and golf course in the Philippines.

This diversification comes amid increased scrutiny of Macau’s anti-money laundering practices from the U.S. and the European Union and threats from China to clamp down on currency movements. The likely changes and their potential impact on Macau’s casinos will form the subject of another article.

Although junkets are branching into other areas, the bulk of their revenue and success is built on their ability to form links with China’s high rollers.

It’s illegal to advertise gambling in China and currency restrictions prohibit Chinese citizens from exporting more than RMB20,000 per trip to Macau, or more than US$50,000 per year.

Moreover, it’s illegal to collect gambling debts in China so gaming concessionaires are reluctant to extend credit to Chinese gamblers.

Junket operators solve these problems. In exchange for commissions of 1.25% of the rolling chip turnover, junkets tap into their extensive social networks in Mainland China through sub-agents to recruit high rollers to gamble in Macau at private casino VIP Rooms.

They help Chinese clients get around currency export restrictions through a sophisticated system of loans, whereby the junket operators provide credit in Macau, and the sub-junkets collect gambling debts in China; no money actually crosses the border, avoiding state scrutiny.

They also act as cash couriers for clients, moving vast amounts of funds across informal channels to escape detection and regulatory scrutiny, in violation of China’s anti-money laundering laws

Some of the more obscure schemes have dwindled given the development of the Mainland banking system and more importantly the continuous evolution of the VIP patron profile coming into Macau.

Casinos have long been aware of these problems but they cannot afford to sever contracts with junket operators when their viability is tied to maintaining those relationships.

Junket operators’ most important asset is not the VIP business they bring to casinos in Macau, but their lists of wealthy clients from Mainland China. They brokered deals with gaming concessionaires to operate the private VIP Rooms so that they could control their own clients and their gambling activities (including the vitally important cage transactions) without having to share the client lists with the casinos

VIPs coming into Macau from Mainland China are also becoming more experienced and in some cases shunning the services of the junket operators in favour of dealing directly with the concessionaires. Although the junket operators have provided many advantages to the high rollers, they also come with their own set of restrictions, such as the amount gambled, where and when.

In the U.S., casinos are subject to much greater regulatory control and are not permitted to contract out the operation of VIP Rooms or the cage transaction operations to third parties. Moreover, they are entirely responsible for anti-money laundering compliance, including in VIP Rooms and are heavily fined for compliance failures. The Las Vegas Sands, for example, recently agreed to pay US$47 million to the US government to avoid criminal prosecution for failing to report suspicious activity by one of its VIP Room high rollers.

From an anti-money laundering (AML) compliance perspective, controlling the cage transactions is key. Without this a casino could have the most sophisticated AML regime in the world, but be unable to control money laundering in its VIP Rooms because it is excluded from knowing its clients, knowing how much they gamble or win, and monitoring or reporting their transactions for suspicious or terrorist transactions. Those obligations are, de facto, left to the VIP Room junket operators. However, junket operators are not required to undertake any AML tasks under Macau’s AML laws.

The result is that no one has responsibility for anti-money laundering or counter-terrorist financing for approximately 75% of Macau’s gambling business.

Macau has avoided state gambling regulatory action, and sanction by the Paris-based Financial Action Task Force (FATF). That’s in large part because the secrecy and complexity of junket operations, and gambling law, make it difficult for FATF officials to understand and properly evaluate. FATF’s Mutual Evaluation of Macau did not note any of the most significant AML deficiencies in Macau casinos; deficiencies that regulators in the U.S. and Canada, among others, have noted.

In June of this year, before the U.S.-China Economic and Security Review Commission, A.G. Burnett, Chairman of the Nevada Gaming Control Board, noted that while U.S.-based casinos in Macau have robust anti-money laundering procedures, they are vulnerable to money laundering by VIP Room junket transactions that take place outside their purview.

Part 2 of this article is available here.

Crown Resorts which is one of the top two casino operators in Australia has been under the scanner for the last few weeks due to a number of violations. One of the main violations that Crown Resorts and its casinos have been accused of is money laundering.

Australian Transaction Reports and Analysis Centre (AUSTRAC) is the financial watchdog that looks into financial crimes in the country. AUSTRAC recently admitted that they were aware for a number of years that junket operators tied to casino operators in Australia were laundering money through the casinos but were unable to do much to stop it.

AUSTRAC admitted in a 2017 report that they were limited in detecting terror financing and money laundering activities because they were unable to trace the source of funds that the junket operators were bringing into Australia.

This lack of transparency opens the door for money laundering and for Asian syndicates to wash millions of dollars at Australian casinos.

While AUSTRAC admitted it was difficult to get transparency over the source of funds, the financial watchdog also stated that casino operators were not very serious about imposing the anti-money laundering procedures they had in place.

Crown Resorts has been accused of being far too welcoming of VIP gamblers and fostering relationships with junket operators who had ties to organized crime in Asia. Crown Resorts derives more than 50 percent of its revenues from VIP gamblers and the Australian operator is used to rolling out the red carpet and throwing in a number of perks to bring in these VIP gamblers.

Crown Resorts is currently facing money laundering allegations over an incident in Sep 2019. There are calls for gambling regulators to strip Crown Resorts of its license due to multiple violations.

David is our resident 'down under' contributor, letting us know what is going on in the southern hemisphere, he is also keen blackjack player