Apr 14, 2021 PORTLAND, Ore. (KOIN) — The adoptive mother of a 15-year-old who weighed 61 pounds when he died went to a casino just hours after his death in November 2020 and spent more than four hours gambling.

June 24, 2010— -- The mother of accused killer Joran van der Sloot said that even as a boy her son was a sneaky liar and he may have missed his chance to be an actor.

In a Dutch interview obtained exclusively by ABC News, Anita van der Sloot said her son was not a difficult child, but had a tendency to sneak out of their Aruba home at night.

She noticed, but didn't know that he was leaving to go to casinos.

Gambling became a big part of his life, and led to his involvement in the disappearance of Natalee Holloway in Aruba five years ago, and to his arrest in the May 30 murder of 21-year-old Stephany Flores in Lima, Peru.

Van der Sloot met Flores and Holloway in casinos. In both cases, he's confessed to killing the women, then withdrawn his confession.

His mother said he initially denied any wrongdoing involving Holloway. The van der Sloots believed their son's protestations of innocence, but his story started to change.

At home, her husband, Paul, would question their son, telling him 'if you know something, tell us, because you're going to the police, and you tell the truth,' she said.

Mom on Lies: Maybe Joran 'Missed a Chance to Become an Actor'

On different occasions, Joran van der Sloot told reporters that Holloway died accidentally, that he killed her and that he sold her into slavery.

In the end, he claimed he was just bragging and lying.

'Maybe he missed a chance to become an actor,' his mother said. 'Maybe that should've been a role in his life. I really don't know. I can hardly believe that he can … fake this.'

She has also said her son was mentally ill, and that he could possibly have harmed Stephany Flores, who was killed exactly five years to the day that Holloway, 19, disappeared.

In addition to being charged with Flores' murder, he is also accused of extorting $25,000 from Holloway's mother, Beth Twitty, promising to show her where the teen's body was buried in exchange for the money.

Flores' battered body was found in a Peruvian hotel room. She was last seen entering that room with van der Sloot. He had gone to Peru to gamble rather than head off to the Netherlands for mental treatment, his mother said.

Van der Sloot initially confessed to killing Flores, but has since retracted the confession.

In the alleged confession, van der Sloot is quoted as saying he met Flores at a Lima casino and they were playing poker in his room when an e-mail popped up on his computer linking him to the Holloway case.

He claims Flores became upset and struck him. Enraged, van der Sloot allegedly smashed her in the nose with his elbow. Blood gushed out and she nearly fainted from the blow, the confession states. He then grabbed her by the throat and banged her head against the wall, the confession says. He finally used his shirt to smother her, according to the alleged confession.

He is being held in the notorious Miguel Castro Castro jail in Lima.

In a jailhouse interview with the Dutch De Telegraaf newspaper, van der Sloot has complained that he has to share his prison cellblock with a Colombian murderer, a corrupt Peruvian general and rats that creep into his cell through the toilet at night.

In the interview, he also suggested that the FBI lured him to Peru in a botched sting operation.

He said he didn't realize he was signing a murder confession, which was written in Spanish, even though he speaks some Spanish.

'If you sign these papers you will be extradited to the Netherlands,' they were telling me all the time. In my blind panic I then signed everything, but I did not even know what was written down,' he told the newspaper.

When asked about the murder of Flores, van der Sloot replied, 'I have been framed. What happened exactly, I will explain later.'

On Monday, he refused to discuss the case with a Peruvian judge. 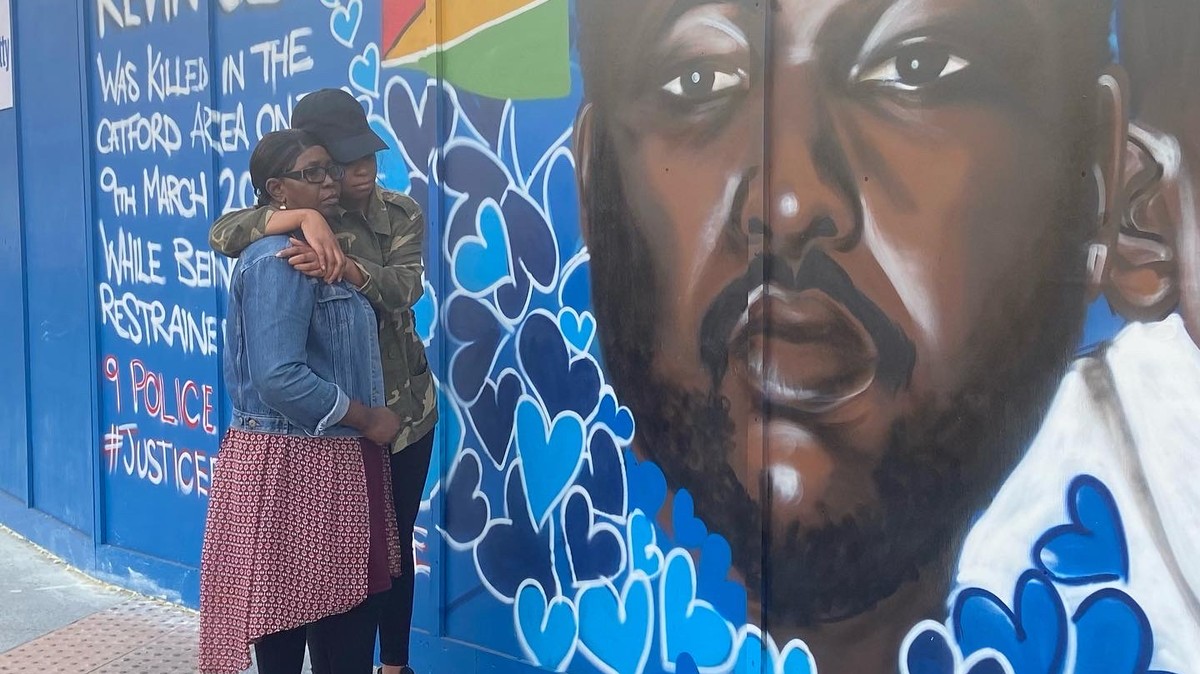 Anita van der Sloot, whose husband died of a heart attack earlier this year, said she has no more room in her heart for the pain caused by her son.

She has said she won't visit him in jail.

'I can cut certain things off, I can push them away. It's hard but I'm trying to do that,' she said. 'I just lost my husband and I could not even take the time to mourn about that.'

But even as she distances herself from her son, she worries for him.

'Being my son or not, he needs a fair chance of surviving this,' she said. 'There is also a big chance that he (gets) murdered. There are a lot of people after him. The Joran I know, and his grandma and great-grandma, is a very gentle and sweet Joran, who makes coffee for you, who … will listen to you.'

She has previously expressed sorrow for the Flores and Holloway families, and does so again.

'I don't think that words are enough to tell the parents of Natalee Holloway and of Stephany Flores what I feel,' she said. 'I hope they have a lot of good friends and family members around them that can be for their support. And if they would be here right now, I would cry with them and give them a big hug.'