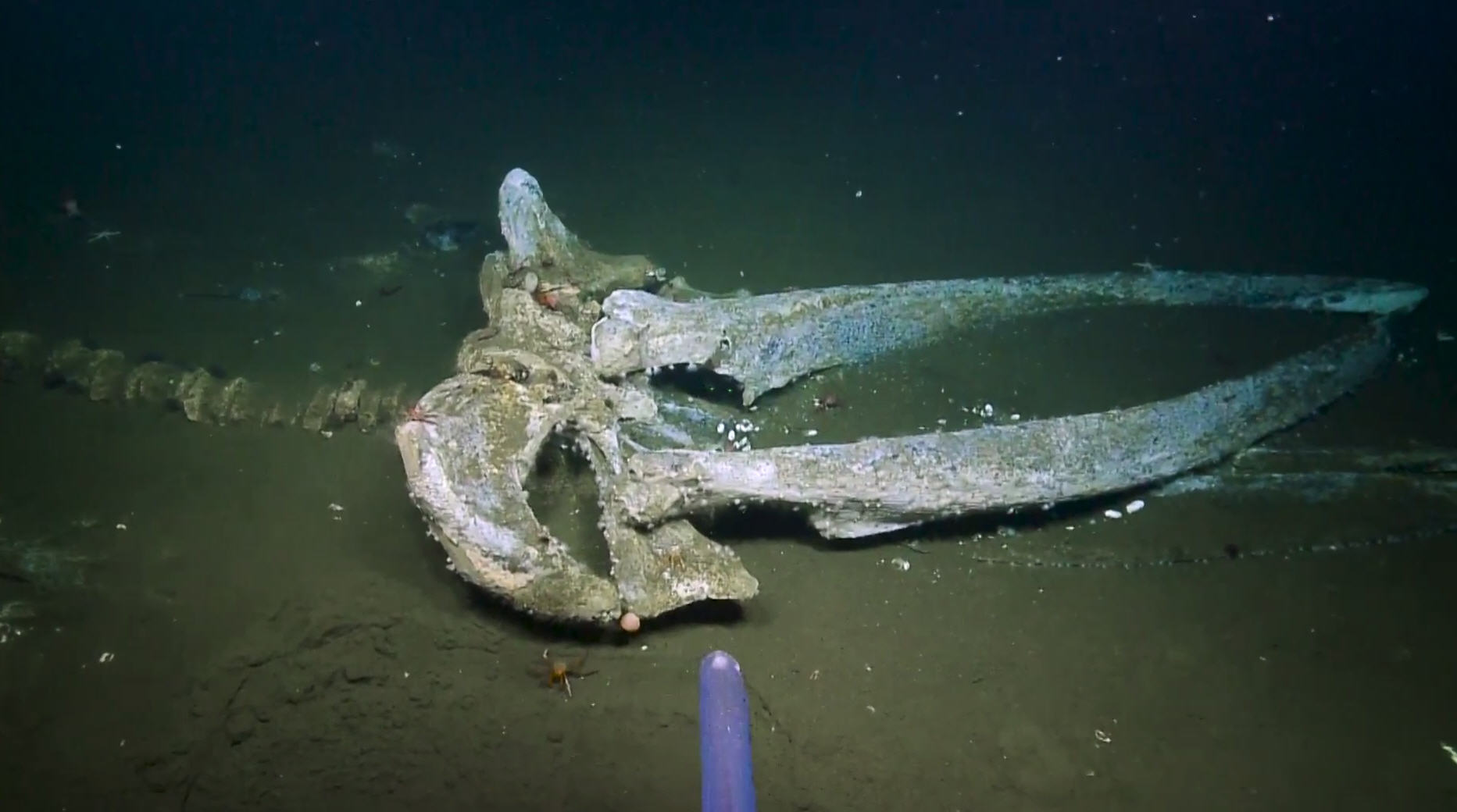 The consequences of unfettered printing of paper moneywere deemed undesirable in several places in the previous Topic.Now we turn to an analysis of the effects of excess money growth.The discussion focuses on the determinants of the price level.It will be recalled that the price level is the average ofall prices in the economy, taken as a percentage of that sameaverage in some earlier base period. And inflation is the growthor increase, on average, of prices---the annual rate of inflationis the year-to-year percentage growth of the price level. 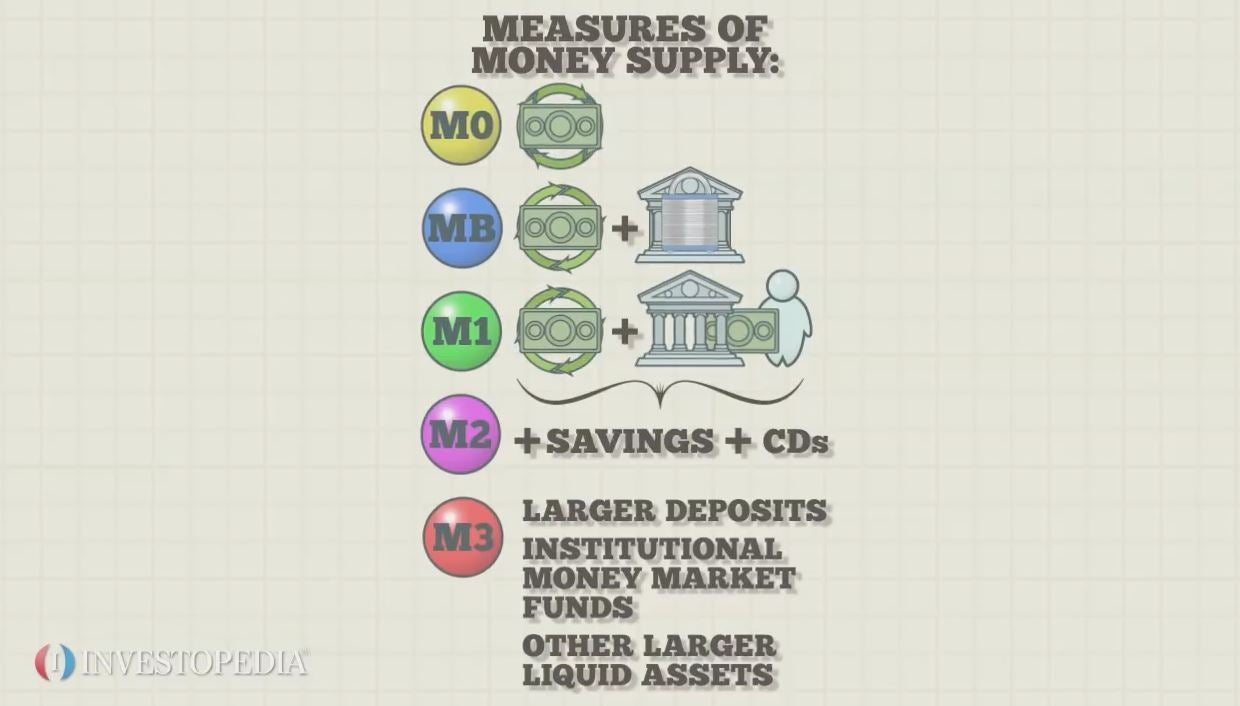 Ideally, we conceive of the stock of money as the amountof liquidity in the economy. You will recall that liquidity is anattribute possessed by assets that represents the ease with whichthey can be converted into a predictable amount of cash for makingexchange. Most assets possess some degree of liquidity but only cashis completely liquid. Because assets possess varying degrees ofliquidity, we can only imperfectly measure the quantity of liquidityin the economy. The two most common measures of the quantity ofliquidity---that is, the money supply---are M1, which equals cash plus demand deposits, and M2, which equalscash plus both demand and time deposits. For the remainderof this Lesson we will simply think in terms of a conceptual stockof money that we will call M which can be approximately measured by either M1 or M2.

The supply curve in Figure 1 is thus a vertical line positionedto the right of the vertical axis by an amount equal to the existingstock of nominal money balances in circulation. When the centralbank increases the money supply this vertical line shifts rightward.The demand for nominal money stock, given by the curve DD, is downward sloping to the right like any demand curve. It is not, however, a straight line. The reason is that people make their decisions on how much money to hold on the basis of the real, not the nominal, quantity. 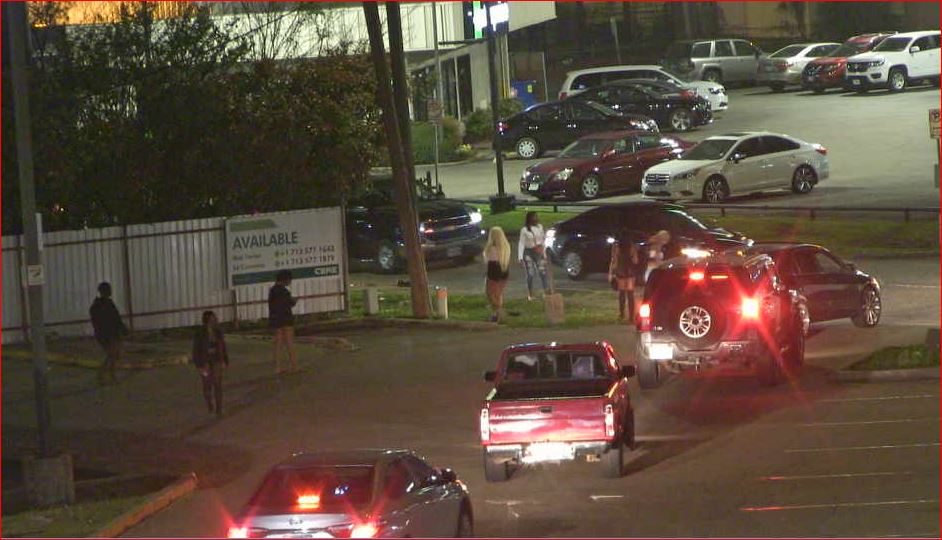 Suppose that the private sector holds a given nominal quantityof money M0. The amount of transactions that can be made with that quantity of nominal money balances will depend on the price level---if the price level were to double, the existing nominal level of money holdings would finance only half of the previous volume oftransactions. People would require twice as big a nominal moneystock to provide the same level of transactions services. In otherwords, the amount of transactions services provided by money willdepend on the real stock of money, not the nominal stock.

People will thus decide on an appropriate level of real moneyholdings and then accumulate the stock of nominal money balancesneeded to provide those real holdings. Thus, given desired realmoney holdings, the nominal quantity of money demanded will varyin direct proportion with the price level and in inverse proportion with the nominal value of money.

Since the public decides on a desired real money stock, M/P, the rectangular area under DD associated with each given level of M will be a constant equal to 1/P times M, which will equal M/P. The demand curve for nominal money balances DD will thus be a rectangular hyperbola. A given rise in M will cause P to rise, and 1/P to fall, in the same proportion as that rise in M as we move along the curve.

Having established the shape of the demand curve for nominalmoney holdings, we must now think about what will determine itslevel---that is, the level of desired real money holdings. Oneobvious factor will be the real flow of transactions, which canbe roughly measured by the level of real income. A rise in realincome, and the associated increase in the transactions demandfor money, will thus shift DD to the right as shown in Figure 2. A second factor will be the cost of holding money relative toother assets.

People hold money because it saves time and labour effort thatwould otherwise have to be devoted to arranging barter and checkingother people's credit ratings. That effort could have been devotedto producing goods and services for consumption and investment. Butthe choice of how much money to hold, and how much labour to thereby make available for other uses, will depend on how much income willbe sacrificed by holding additional money instead of other assets.Assuming that money holdings earn no interest, that sacrifice will bethe interest that could have been earned by holding bonds and otherassets instead of that additional money.Bonds and other assets that are fixed in nominal value willearn interest at, say, i percent. Real assets such as cars and TV sets will earn a return equal to, say, r percent. As we saw in the previous Lesson,Interest Rates and Asset Values, the difference betweenthe interest rates on nominal assets such as bonds and the returnon real assets such as cars and TV sets will be the expected rateof inflation. This is given by the Fisher equation

The cause of inflation can now be easily seen from Figures1 and 2. A rise in the price level, or fall in the value of money,can result only from an increase in the supply of money or declinein the demand for money. While the general growth of income willincrease the demand for money and improvements in the technology ofmaking transactions will reduce it, these effects will be gradualover time. They can thus account for changes in inflation rates ofonly a few percentage points. And the government can offset theseeffects by appropriate adjustments of the money supply. The causeof major inflations, of 10 percent per year or more, will inevitablybe excess expansion of the money supply on account of the policiesof the government---in particular, the monetary finance of governmentexpenditures.

where V is income velocity and Y is real income. An income velocity (ratio of income to money) of 4, for example, means thateach dollar has to be spent (or circulate) 4 times to transact thelevel of income. A higher demand for money balances (or desiredratio of money to income) implies a lower income velocity. Whenwe multiply both sides of Equation 2 by M we obtain

To maintain the inflation rate, ΔP / P, equal to zerothe central bank must increase the money supply at the rate

It is now time for a test on this Topic. As always, think up your ownanswers before looking at the ones provided.

Choose Another Topic in the Lesson

Please enable JavaScript if it is disabled in your browser or access the information through the links provided below.
Most Frequently Asked QuestionsAbout the FedBanking and the Financial SystemMoney, Interest Rates, and Monetary PolicyCredit, Loans, and MortgagesCurrency and CoinEconomy, Jobs, and PricesFederal Open Market CommitteeRegulationsAll Questions

What is the money supply? Is it important?

The money supply is the total amount of money—cash, coins, and balances in bank accounts—in circulation.

The money supply is commonly defined to be a group of safe assets that households and businesses can use to make payments or to hold as short-term investments. For example, U.S. currency and balances held in checking accounts and savings accounts are included in many measures of the money supply.

There are several standard measures of the money supply, including the monetary base, M1, and M2.

Over some periods, measures of the money supply have exhibited fairly close relationships with important economic variables such as nominal gross domestic product (GDP) and the price level. Based partly on these relationships, some economists—Milton Friedman being the most famous example—have argued that the money supply provides important information about the near-term course for the economy and determines the level of prices and inflation in the long run. Central banks, including the Federal Reserve, have at times used measures of the money supply as an important guide in the conduct of monetary policy.