Are you amaze and surprise with the release of the latest or new Philippine Peso Bills? The release was officially launched on December 2010. But did you consider to investigate the security features of these newly made Philippine money? I bet you didn't. To determine whether the new Philippine money you exchange or use is a fake or genuine, it's very useful to know its uniqueness and more-added security features. As a Filipino, every peso, every note is a testament to our hard work. That is why Bangko Sentral ng Pilipinas (BSP) have taken great measures to make sure the money we used is genuine.

The Philippine Banknote (or Philippine Peso Bill) underscores the need to be current in the use of new technology to enhance on banknotes security features and to remain steps ahead of counterfeiters. At all times, BSP protects the integrity of the Philippine currency. This is the reason why BSP develops new designs and upgrades the security features of all Philippine banknotes.
Former President Corazon Aquino was being drawn for the New 500 Peso Bill design

The serial numbers of the new Philippine Peso bills are composed of one or two prefix letters and six to seven digit in asymmetric or increasing size.


Red and blue fibers embedded in the banknote paper glow under ultra violet light. You can see this glow when you use a money detector device.

The watermark shows the shadow image of the portrait and the banknote's denomination on the blank space when viewed against the light from either side of the note.

Denomination appears on the watermark beside the shadow image.

The word Filipino written in Philippine ancient 'Baybayin' alphabet can be seen in its complete form when banknote is viewed against the light.

Viewed from different angles, the color of the 4mm wide metallic security thread changes from red to green.

For the 500 peso, the reflective coil bares the image of the small BSP logo and the Blue-naped Parrot.

While the 1000 peso bill, the reflective coil carries the image of the small BSP logo and the south-sea pearl.

The reflective coil patches changes its color from red to green when the note (peso bill) is rotated 90 degrees.
A security feature exclusive for the 1000 peso bill is the optically variable ink for the embossed denomination value on the lower right corner of the face of the bill. It changes color from green to blue when viewed from different angles.
All these security features are in the Philippine banknotes (peso bills) to make it difficult for counterfeiters to copy but easier for the public to identify what is genuine and what is not.
Take some time to get to know the security features of the new Philippine money, new banknotes. A combination of the familiar and the new. They celebrate the values the Filipinos aspire for. The Filipinos' creativity and heroism as a vision, and the God-given natural wonders. The Philippine money, the new generation Philippine banknotes, national symbols that make the Filipinos proud as Filipinos. 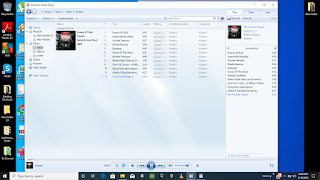