Many players ignore the Daily Objectives, but they are one of the easiest ways to earn money quickly. When you unlock at Rank 15, you can find the Daily Objectives in the Interaction Menu. You can get GTA $30,000 and 5000 RP for completing all 3 daily objectives.

With GTA 5 given away for free on Epic Games Store a few weeks ago, the number of GTA 5 / Online players in India has become the biggest yet. Because of that, we have decided to create a guide to introduce the new players to one of the most efficient ways of making money in GTA Online, Vip Works.

The below sections would list out some of the ways you can become a VIP or CEO and make money from the 17 GTA 5 Vip Missions.

There are two ways of becoming a VIP. The first one, SecuroServ, only gives you 4 hours and therefore not recommended.

The second one, becoming a CEO, would give permanent bonuses – it should be the one you have to aim for. There aren’t many steps for becoming a CEO – you only need to buy an office on the Dynasty 8 Executive site on your phone. There are 4 available offices – their interior and functionality are identical, with the only differences being the location.

After becoming a VIP/CEO, its time to tackle Vip Jobs. We would list out all 17 Jobs in the following list, however, these Original Jobs are still the best for farming money.

One of the easiest / fastest jobs on the list – to do this the fastest, you would need a chopper – however, if one is not available, a car would have to do.

To complete this task, you would need to look for 3 hidden packages across the city. These items can only be seen after completing some “hacks”. After the first hack is completed, other players would get an alarm and can come after you – if you get killed, the mission would fail.

All three hacks are pretty simple minigames – you would figure them out very easily. After each hack is completed, a package would appear on the map.

This task is more straight forward that Sightseer, however, it always involves combat so you might sometimes fail. There are four locations that you can pick to do this job: Merryweather Base, Altruist Camp, Los Santos International Airport and Fort Zancudo.

The task is to go to the location and kill every NPC guarding the package, take it and escape to the drop-off point. You would be chased by cops, however, you won’t lose the mission unless another player kills you and take the package for themselves.

This is actually more of a challenge than a job – you are going to need at least 1 bodyguard to trigger this – otherwise, you would not be able to start the challenge. To begin, get in a Kuruma and start it – the task is to survive a 5 star wanted level for at least 10 minutes. With a vehicle like this, it is very likely for you to survive. After completing that, money would be given to everyone.

This is probably the best and easiest VIP works you could do, with 30k awards for just a short fight – however, you would need a yacht and other people in your lobby. The task is to stay on the yacht and defend it for 10 minutes from the attackers – it would be quiet most of the time, but sometimes there could be people going after you. Bodyguards might be needed – just in case.

In this challenge, you would have to steal a vehicle wanted by the police and deliver it to a drop-off – while evading 4 stars wanted level. This is overall pretty straightforward.

An organization vs organization war in “protect the king” style. This is pretty much PVP – it is very fun but not many people would agree to do combat.

You and other players would have to take down 4 targets across the map with a time limit – they would either be stationary or inside a vehicle, so you have to prepare yourself for a car chase. Other players in the session might try to protect them.

Players and their team must collect a Cargobob then get it to the extraction point, while under attack from a helicopter. You would also have to be careful about the other players in the region.

Players and their team must collect a trailer and deliver it intact. Only rivals from the same session would be after you.

All Vip works from this category require the player to have the Special Vehicle featured in the mission. These jobs are pretty straightforward - they only involve driving around in a vehicle and combat contestants.

A Phantom Wedge would spawn near your location – enter it and move around 3 random locations in Los Santos to smash crates.

Players would need to get into a Ruiner 2000 and drive it around to destroy ten other turret cars all over the city.

Using the Technical Aqua to destroy all 3 supply crates on the map – you would have to fight against some hostiles on Dinghies as well.

Deliver a car to the drop off location with a Wastelander while under fire from rivals.

Get into the Armored Boxville and protect it until time runs out.

Drive the Rocket Voltic and keep it above top speed (60mph) for 10 minutes.

Using the Blazer Aqua to collect 30 crates in 10 minutes – the more you collect, the more money you would get.

How To Make Money On Gta 5 Online Pc 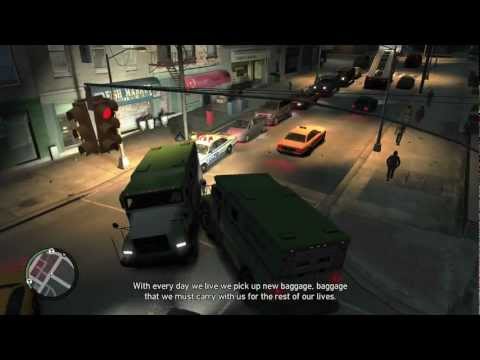 >>> Visit Gurugamer.com to keep updated with the latest news on mobile games.