Monopoly? Really? Yes, I’m not talking about what Microsoft had in the 90’s, I’m talking about the board game we all know and love. Monopoly began life around 1903, originally (and quite aptly) named ‘The Landlord’s Game’. The version of Monopoly we are familiar with today was officially released in the early 1930’s and has been a staple in most Australian childhoods since then. In primary school, my sister and I spent many a holiday racing each other around the board to buy Mayfair and Park Lane. We had games that went on for several days and some that lasted mere minutes. Of course, a board game can never be a perfect replication of such a complex investment vehicle as property, but it was a great start that we didn’t even know we were getting!

So how does Monopoly relate to real life? Here are seven lessons hiding around that board.

A Monopoly exists where one entity has exclusive possession or control of something, be it a service or product or piece of property. In the context of the board game, you have a monopoly when you own all the properties on the board: a game-winning move. There are many advantages to achieving a monopoly control over something, and they’re generally to the detriment of anyone seeking to access whatever the particular monopoly controls. The most useful of these advantages is the ability to control the price: if you’re the only one selling, there’s no competitor for your customer to turn to. You have the customer over a metaphorical barrel – they either pay your price or do without. This is the very reason legislation exists to prevent monopolies forming. With respect to real-life property investing, if you own all the land on the best street in town you can influence the price by controlling how much land you sell and when. It’s a powerful position.

The second Monopoly and real life lesson is bankruptcy. It’s a very simple, clear summary of the financial nightmare that can result from overextending yourself without good risk management strategies. It was those games when I gambled – spending big up front to buy every property I could but not allowing any reserves to pay rent or build houses – that ended quickly and painfully. Pretty soon my younger (but possibly wiser) sister learned to go for the kill in those situations. I’d either end up handing over valuable pieces of land for a pittance just to stay afloat or I’d call it quits and start again. A painful lesson in a game. Imagine how much more so it can be in real life.

Ok, this statement is not absolutely true in all circumstances. A bank CAN go bankrupt, as we witnessed in the Global Financial Crisis. But in general, they don’t, particularly in Australia where our banking system is considered to be world-class. The major difference between real life and the board game here is that in Monopoly the bank simply issues handwritten currency if they run out of cash, whereas the government is the only one that has that right in Australia. Part of the reason banks (almost) never go bankrupt is that they will bankrupt you to cover their losses instead, as per my next point.

Another heartbreaking lesson, but in this case it’s pretty much exactly like real life. If you owe the Bank more than you can pay, they will take everything you own and try to recoup their losses by selling your assets. This is why banks consider loans of 80% or less of the value of a house as lower risk. The house price would need to drop by 20% – a significant shift – before the bank lost any money if they repossessed then sold it. It’s also why your car appears on the ‘asset’ side of the balance sheet, although by all technical definitions a car is a liability to its owner. The bank can sell your car; therefore it becomes an asset for them.

In Monopoly, if the Bank has only one house left and two players want to buy it, it gets auctioned off, probably for a higher price than would otherwise be paid. Because houses are scarce in that case, there is competition to buy them and therefore the deal is in the seller’s favour. This is true of the property market too. If you’re buying in a suburb with a low volume of houses for sale and a higher number of people looking to buy, it’s only natural that this will drive the price up. For example, my mother recently sold an investment property in The Gap, a northern suburb in Brisbane. 27 people attended the first home open, three people put in offers that same day and the sense of competition drove the final sale price $10,000 above the asking price. If you’re competing with others, expect to pay more.

As Mark Twain famously said: ‘Buy land. They’re not making it anymore.’ A good geologist will disagree but given it might take millions of years for a tangible effect on supply of land in the world, we can call it a moot point. There are 28 properties for sale on the Monopoly board and that’s it – there will never be any more, so if they’re all owned, you have to wait till someone is willing to part with their title. It’s the same in real estate. It’s hard to believe that in a country like Australia where the population density is around two people per square kilometre that land could be finite, but it is. Desirable land in particular – near oceans, rivers, and cities – is finite. ‘More’ is generally the result of subdivision and development, not an increase in the number of square metres available for purchase.

In the traditional Monopoly rules, if you fail to ask for the rent when a player lands on your property, they don’t have to pay you. I’m not suggesting that you have to call your real-life tenant every week and ask them to pay you: a good tenant will be punctual with their rent without having to be reminded and will not fall into arrears. However, not all tenants are perfect and the most rigorous reference checking in the world is not infallible. My mother recently had tenants fell into arrears and the property manager failed to do anything about it for two months. It was only when Mum called to ask what was happening that they actually noticed the problem. Hard to believe, but it happens. In the end, you are the only one with anything to lose if the tenant doesn’t pay their rent, so it’s up to you to stay on top of it – and that might occasionally mean asking where the rent is.

Now the fun begins – it’s time to play! Get out the Monopoly board and have a game – with your partner, the kids, the neighbours… whoever’s handy. I don’t know too many people that turn down the opportunity for some fun, and although it’s semi-educational I think Monopoly does qualify as fun. Monopoly and real life? Goes together like kids and laughter.

Find the right Money School Course for you 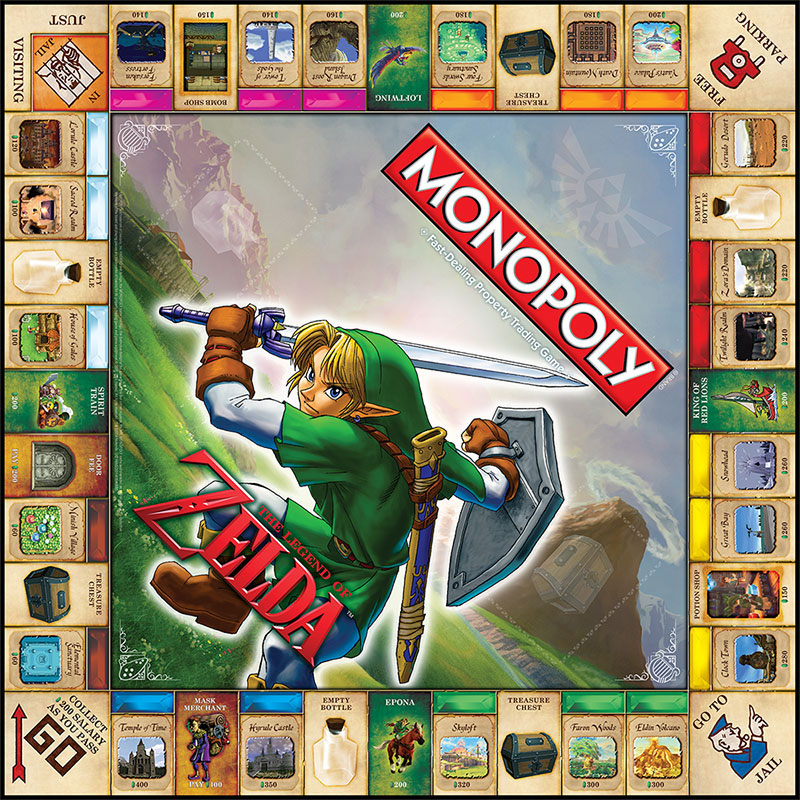 Lacey Filipich is the co-founder and director of Money School. She helps parents raise financially savvy kids and helps adults get on top of their finances. Connect with her on LinkedIn and follow Money School Facebook to learn more.