We know that money doesn’t grow on trees. Or does it?

In Chinese mythology they have stories of a money tree[1]. It goes back many generations. The legend is that a money tree grew in the deep recesses of the forests. Finding one can bring good fortune and prosperity to the people who live near the tree and take care of it. Believed to date back to the Han Dynasty (roughly 200 BCE to 200 CE), there are also pagan traditions of tree worship dating back much further than that. Made of shiny metal, some man-made money trees have been discovered in Sichuan Province of western China. Interesting folk stories from Sichuan and neighboring provinces add to their mystery.

Money tree plants and original interpretations of them are often available for sale in areas with a large Chinese or South East Asian population. The trees are often used as part of Chinese New Year celebrations. They are seen as a symbol of good fortune and luck. The actual species most often used as money trees is the ‘pachira aquatica’, which is revered for its feng shui characteristics.

The tree is often woven with two other specimen as it grows. The pachira aquatica is a plant with five lobed palmate leaves, something apparently considered to be very powerful by followers of feng shui. The traditional practice of money trees is believed to date back thousands of years, and archaeological examples discovered include those made from bronze and green-glazed earthenware. Some are decorated with scenes of paradise, depicting magical and mythological gods and monsters.

One story concerning the money tree tells of a sculptor who sees some tree roots and wants them to be used in his work. As he has no tool, he cannot cut the tree down. To protect it from the attention of others, he puts fake paper money into the tree’s branches so that people will think that it is sacred and leave it alone. He goes home and over a matter of weeks, recruits some workers to cut the tree down. However, on returning there, he discovers that people have put real paper money into the tree’s branches so that the tree has actually become sacred and is guarded by a spirit. This spirit tells the artist that if he destroys the sacred tree, he will be cursed. The spirit ends up buying the roots from the sculptor for silk hidden away in a graveyard. The type of tree in this story is a black locust tree.

The money tree has become popular at Chinese New Year, when money tree plants are made of branches of pine or cypress, placed into a porcelain pot filled with rice grains. Pine nuts and melon seeds are often sprinkled over this rice. Coin garlands, made of gold and silver-colored paper, adorn the ‘money trees’, while they are topped with a genie. Symbols of long life, such as deer and cranes, are often also made of paper and used to decorate these money trees, with a care that is suitably reverential. 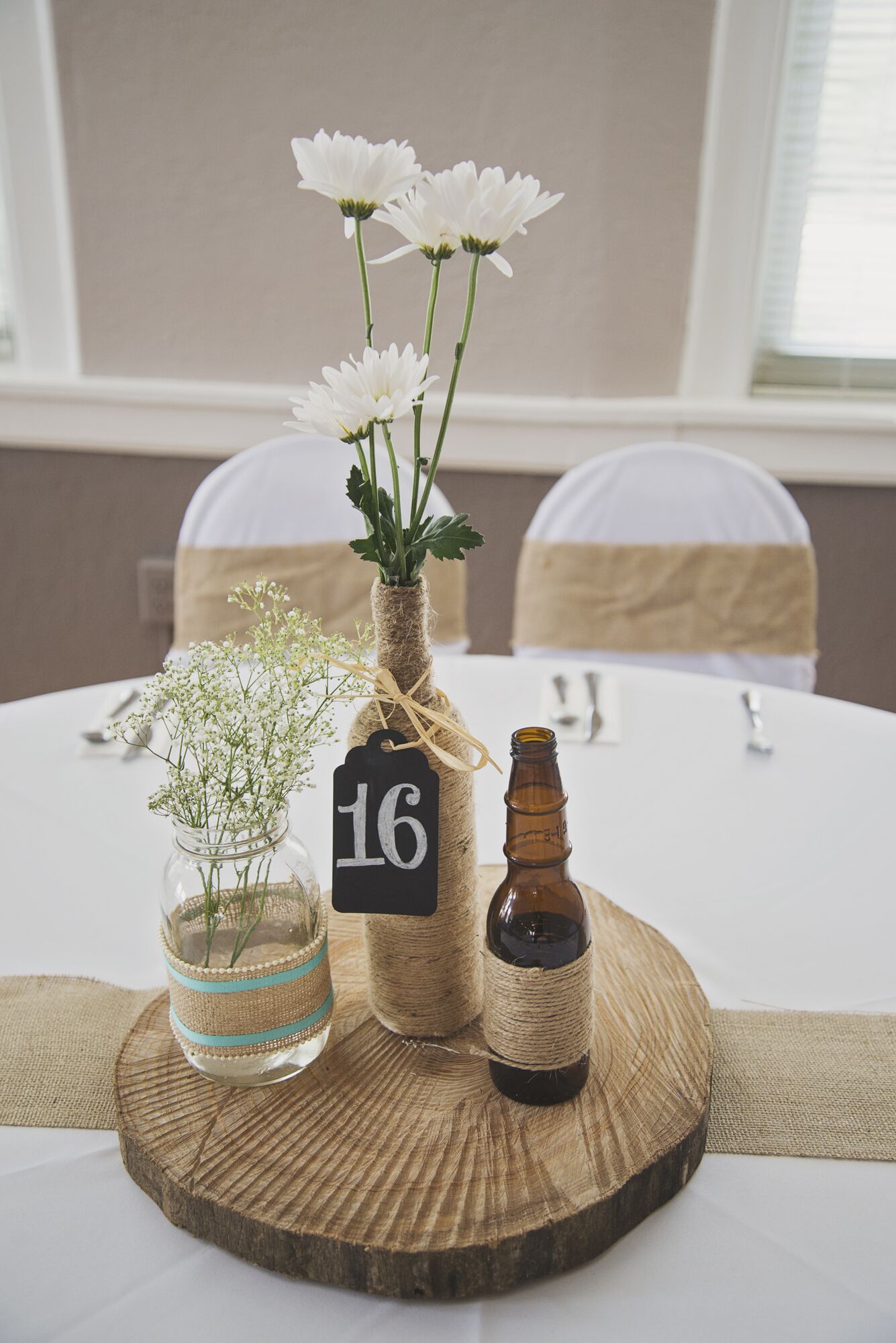 Pachira aquatica is a tropical wetland tree in the mallow family Malvaceae, native to Central and South America where it grows in swamps. It is known by its nonscientific names Malabar chestnut, French peanut, Guiana chestnut, Provision tree, Saba nut, Monguba (Brazil), Pumpo (Guatemala) and is commercially sold under the names Money tree and Money plant. This tree is sometimes sold with a braided trunk and is commonly grown as a houseplant, although more commonly what is sold as a 'Pachira aquatica' houseplant is in fact a similar species, P. glabra.[1]

The genus name is derived from a language spoken in Guyana.[2] The species name is Latin for 'aquatic'. It is classified in the subfamily Bombacoideae of the family Malvaceae. Previously it was assigned to Bombacaceae.[3][4] The name 'money tree' is believed to refer to a story of its origin, in which a poor man prayed for money, found this 'odd' plant, took it home as an omen, and made money selling plants grown from its seeds.[5]

How To Grow Money Plant

Pachira aquatica can grow up to 18 m (59.1 ft) in height in the wild. It has shiny green palmate leaves with lanceolate leaflets and smooth green bark. This species forms a slightly thickened root with smaller roots or roots, which also serves as a water reservoir. The relatively smooth bark is brown through gray and slightly cracked; young branches are green. Outdoors, P. aquatica produces a broad crown. The transitional and long-stalked, composite hand-shaped, slightly leathery leaves are arranged at the branch ends. The petiole is up to 24 cm long. The leaves are bright green and shiny and consist of up to nine leaflets (fingers). The mostly glabrous, short-stalked leaflets are up through 28 cm long and rounded through round pointed, spiked, or pointed. They are lanceolate or obovate, with a light middle veins. There are sloping stipules present. The leaves and flowers are also edible.[6]

Its showy flowers, among the largest tree flowers in the world, have long, narrow petals that open like a banana peel and reveal hairlike yellowish orange stamens. The greenish-yellow or cream-colored, hermaphroditic and very large, short and thick-stalked flowers with double perianth resemble shaving brushes long stamens. The terminal, single two- or threefold flowers look like bat-pollinated flowers. The up to about 2 cm long, outside fine-haired, green-brown and overgrown This species, greenish-brown calyxis cup-shaped and about 2 cm long. Is elongated petals are up through 30 cm long. Flowers each up from about 180-250 pinkish stamens with elongate anthers. The five-chambered ovaries uppermost with a long stylus with divided, short lobed scar. The capsules are large, brown, woody, up to 20-30 cm long, rough, and egg-shaped, with a diameter of about 10-15 cm, weigh about 1-1.5 kg, and contain 10-25 nuts.[citation needed]

The tree grows well as a tropical ornamental in moist, frost-free areas, and can be started from seed or cutting. It is a durable plant and adapts well to different conditions. The plant requires bright light, but not direct sunlight. One should introduce an indoor-grown plant gradually to direct sunlight outdoors to reduce the chances of sunburning its leaves. This tree thrives in both common potting soil and water in a hydroponic system.

The plant grows well in bright light, but also tolerates partial shade at room temperatures from 12°C through 25°C. A plant's leaves may turn yellow and fall when days are shorter in autumn which is not a sign of disease, and the plant will restart its growth without problem the following spring. A tree is mature when 4-5 years old. It produces its first fruit in spring and fall. Furthermore, it can withstand temperatures as low as 5°C without losing its leaves, although people recommended not growing it below 12°C as an orangery tree, the ideal culture temperature being about 20°C all year round with high humidity. An occasional weak frost can cause it to lose its leaves, and it grows new leaves in the following spring.[7]

The plant prefers dehydration between the castings. The best durability can be achieved if it is kept rather dry, especially in the winter months. Dry heating air is to be avoided. It is best sprayed daily, otherwise it can lose its leaves. In its first year as a house plant, a plant should not be fertilized. Thereafter, some fertilizer can be used during watering in summer. Under good growth conditions, this species grows quite fast. If it is too big, it can simply be cut back to a desired size. After about 1-2 weeks, new shoots form laterally from the cut off spots. A variety from Hawaii is grown in lava stone as bonsai. Such a plant grows extremely slowly.[8]

This species is also sometimes cultivated for its nuts, which grow in a large, woody capsule.[9] The nuts are light brown, striped with white, about 2-3 cm long, and embedded in a spongy and fibrous pericarp. The capsule is not eaten. The nuts develop within until the capsule bursts and releases them. The nuts are considered edible, with a flavor similar to a European chestnut. Some people grind the nuts and use them in a hot drink. They are toxic to rats in the raw state,[6] but are consumed by people raw or roasted.[10]

In East Asia, Pachira aquatica (Chinese: 馬拉巴栗; pinyin: Mǎlābā lì; lit. 'Malabar chestnut') is often referred to as the 'shake money tree' (搖錢樹). This tree has long been popular as an ornamental in Japan. In 1986, a Taiwanese truck driver first cultivated five small trees in a single flowerpot with their trunksbraided. The popularity of these ornamentals took off in Japan and later much of the rest of East Asia. They are symbolically associated with good financial fortune and are typically seen in businesses, sometimes with red ribbons or other ornamentation attached. The trees play an important role in Taiwan's agricultural export economy with exports of NT$250 million (US$7 million) in 2005.[11] However, many specimens in cultivation sold as Pachira aquatica are actually the similar species, P. glabra, which develops a thick base at a younger age and has a smaller growth habit, less showy flowers, and a 6' green seed capsule rather than 12' brown seed capsule.

The presence of cyclopropenoid fatty acids in the nuts has been used to state that the nuts are not edible and not suitable for human consumption, despite the nut being eaten or used in medicine. At least one review indicates that CPFAs are carcinogenic, co-carcinogenic, and have medical and other effects on animals;[12] according to this review, 'CPFA in food is dangerous to human health.' Out of 6 rats tested in a study of P. aquatica, 5 died after consuming the nuts. The surviving rat had enlarged organs including the stomach, liver, pancreas, kidneys, lungs and also had spleen atrophy.[6] Research on the health effects of eating the nuts on humans is currently lacking, but we can find some studies regarding nutritional facts and food utilization as well.[13][14][15]