The real (English: /ɹeɪˈɑl/ Spanish: /reˈal/) (meaning: 'royal', plural: reales) was a unit of currency in Spain for several centuries after the mid-14th century.[1] It underwent several changes in value relative to other units throughout its lifetime until it was replaced by the peseta in 1868. The most common denomination for the currency was the silver eight-realSpanish dollar (Real de a 8) or peso which was used throughout Europe, America and Asia during the height of the Spanish Empire.

In Spain and Spanish America[edit]

The silver real was minted in 1⁄2-, 1-, 2-, 4- and 8-real denominations. After the discovery of silver in Mexico, Peru and Bolivia in the 16th century, the 8-real coin (referred to since then as a dollar, a peso or a piece of eight) became an internationally recognized trade coin in Europe, Asia and North America. These reales were supplemented by the gold escudo, minted 68 to a mark of 11⁄12 fine gold (3.101 g fine gold), and valued at 15–16 silver reales or approximately two dollars.

This real worth 1⁄8 dollar was retained in Latin America until the 19th century but was altered considerably in peninsular Spain starting in the 17th century. This Spanish colonial real was subsequently referred to as moneda nacional (national money) and underwent two more alterations, namely:

The various financial crises under King Philip II gave rise starting in 1600 to the real de vellón (made of billon, or less than half silver). The relative autonomy of Spain's constituent kingdoms resulted in reales of varying silver content and worth considerably less the real nacional worth 1⁄8 of a dollar. The monetary confusion would not be resolved until the real de vellón was fixed at 20 reales to the dollar in 1737.[3]

The first ordinance officially devaluing the Spanish non-colonial real came out in 1642, with the real provincial debased from 67 to 83+3⁄4 to a mark of silver (hence, 10 reales to the dollar). Actual coins worth 1⁄2, 1, 2, 4 and 8 reales provincial (the latter worth 4⁄5 of a dollar and called peso maria) were minted in 1686 and were poorly received by the public.[4]

The confusion to the monetary situation would not be resolved until 1737 in various stages, namely: 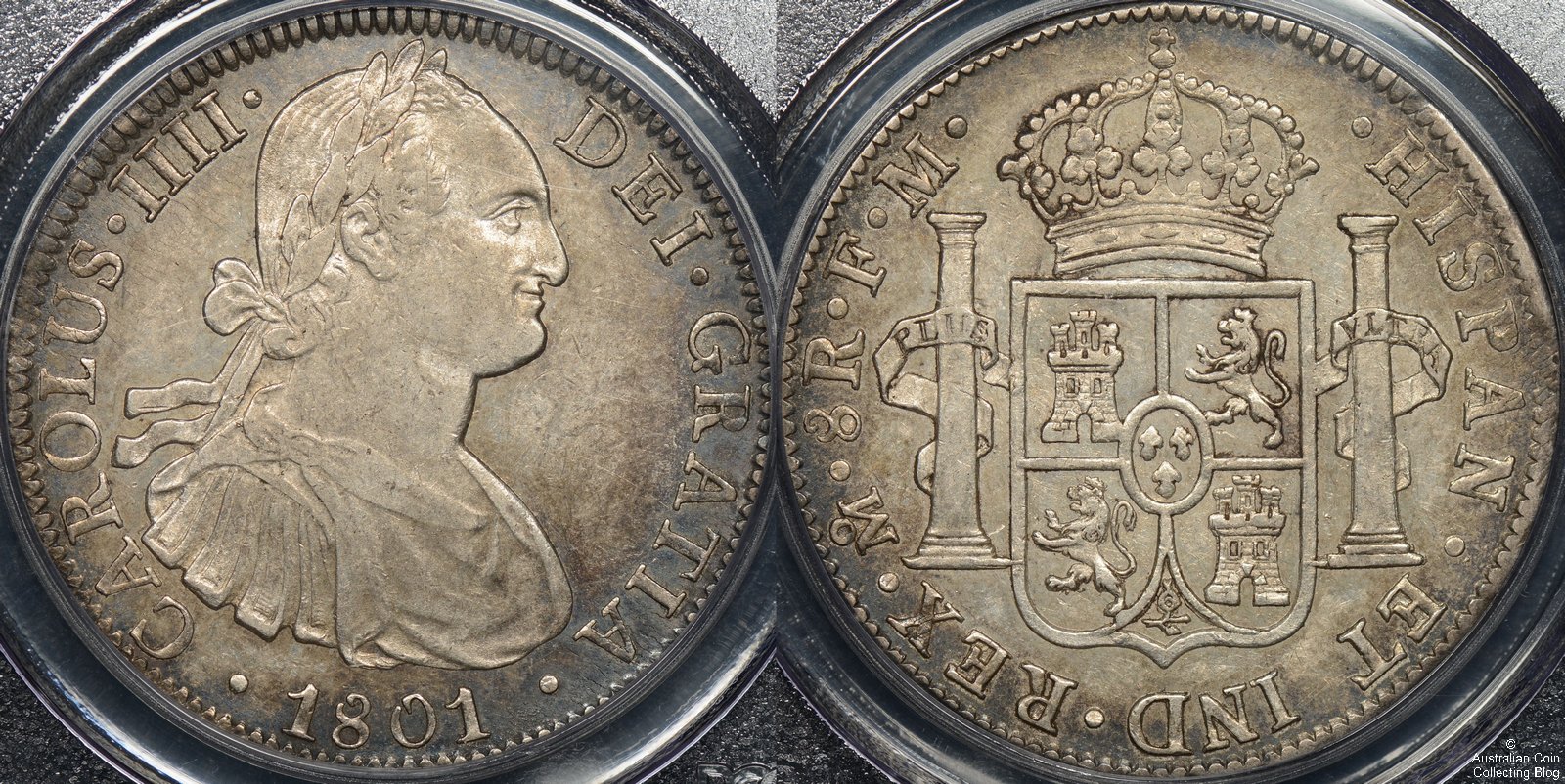 The loss of American possessions in the first third of the 19th century cut off the inflow of precious metals into Spain and resulted in the gradual use of French coinage in local circulation. These subsequent changes to the Spanish currency system were never carried out in full:

The real was only retired completely with the introduction in 1868 of the Spanish peseta, at par with the French franc, and at the rate of 1 dollar = 20 reales = 5 pesetas. Consequently, the term real lived on, meaning a quarter of a dollar (25 céntimos de peseta).

Relative sizes of Castilian silver coins, from 1⁄4 to 8 reales, according to a 1657 document.

Coins were minted in both Spain and Latin America from the 16th to 19th centuries in silver 1⁄2, 1, 2, 4 and 8 reales nacional and in gold 1⁄2, 1, 2, 4 and 8 escudos. The silver 8-real coin was known as the Spanish dollar (as the coin was minted to the specifications of the thaler of the Holy Roman Empire and Habsburg monarchy), peso, or the famous piece of eight. Spanish dollars minted between 1732 and 1773 are also often referred to as columnarios. The portrait variety from 1772 and later are typically referred to as Spanish dollars or pillar dollars.