We live in a peculiar time, a time in which not only money, but the things we purchase with money are kind of amorphous concepts. Sure, food, cars, and couches are still all real things. But games are not necessarily “real” things anymore. You don’t have to purchase a retail disk to have a game anymore. Instead, you can just purchase what is essentially a license to use a game program and download it off the internet. Data, essentially, has a monetary value, and when you purchase that data, it is now yours. It is, to a certain extent, your property.

(i am going to ramble a bit in the beginning but it has a point) personally I hate aimless games, games that have no over-arching goal. But for some reason (and you can look at my account to check) I have played a ton of TF2 and love it. Even though there is no over arching goal, no preset progression, nothing that usually an make or break a game for me. So why do i like it?

Now, in our civilized society, it’s against the law to just destroy someone else’s property. You can’t, for example, head to my house and light my couch on fire because you don’t like me. You can’t bust up my car because you think it’s funny. You can try, of course, and you might get away with it, but if I report it and you get caught, you could be responsible for those damages or worse, go to jail. Our concept of ownership and the protections that ownership grants you are pretty necessary for society to function.

The reason why you can press charges in these situations is pretty simple. We as a society have come to agree that certain types of data (bank data, personal information, job related data, so on so forth) has value. I’m not a lawyer so I’m uncertain of the actual precedent, but in short, destroying a data object is much like destroying a real life object, especially if it has serious consequences for your life.

So now I ask this question, what is the worth of save data?

I bring this up due to a recent story about a griefer running an online scam in order to delete people’s data in Destiny and Grand Theft Auto V. As reported on by Gameinformer, this griefer used the PS4’s share play to delete a young Destiny player’s characters and rare items.

Now, if this was an item that the player spent real life money on, there might be a case for destruction of property. But the thing is, these items and characters aren’t really a product of the expenditure of money. Rather, they are a product of the expenditure of effort. Hours and hours and hours of gameplay go into raising characters like this and decking them out with rare equipment.

But then we have to ask ourselves, how much money does effort translate into? After all, that’s how jobs work, right? We spend our time and effort to complete a task and we get paid for it. While characters in Destiny aren’t currency, they could certainly be considered a piece of property created through time and effort.

Look at it this way. Let’s say I build myself a house. I don’t pay any money for it. Rather I go out into the forest, cut down my own wood, and build myself my own residence. It’s a product solely of my effort and hard work, and not a monetary exchange, but it’s still my property. If you lit my self-built house on fire, I could still press charges.

So couldn’t it be argued that players “build” their characters in games like Destiny?

A lot of people have said “well, he deserved it” because he was irresponsible with share play options. To an extent, I see their point. But then again, does irresponsibility really excuse damaging behavior? Let’s say you have a bag and in that bag is a bunch of money. You put it down on the subway to tie your shoe, and someone takes it. You may have been irresponsible to not hold onto your bag while tying your shoe, but that doesn’t change the fact that someone else has committed theft, a crime.

Similarly, would you tell someone who parked his car in front of his house “well, you deserve it for leaving your car out in the open” if someone came by and wrecked it maliciously? Even in bad neighborhoods that’s still vandalism and is still a crime, and if you catch the person responsible, you can press charges.

So does the fact that this child was irresponsible with his save data really excuse a malicious activity taken toward it?

It’s very easy right now to say, “Suck it up and move on with life,” as the griefer said in his interview with Gameinformer, and that may simply be because we don’t value save data all that much. If someone destroys something that is worthless, then surely we wouldn’t consider that to be a crime. But it did have emotional value, and it certainly caused this Destiny player and his family distress. Of course, many people probably look at the emotional value of this save data as comparatively worthless compared to things like family heirlooms.

Either way, it seems obvious to me that there was some value lost here, and while a character or two in Destiny may not anger people now, as real life money becomes more and more intertwined with virtual worlds, “pranks” like this may start to enter a legal grey area. If, say, these characters cost ten dollars to make, it could be argued that at the very least ten dollars was lost when the characters were deleted. Similarly, as people become able to sell and resell digital items for real life money, like Team Fortress 2 hats or the horrible experiment that was the Diablo III real money auction house, having your data deleted could, at the very least, amount to theft.

So I’m a little worried if we look at this loss of data as just OK. A lot of people are calling this a “life lesson.” Even though this griefer’s actions lost someone their characters, got another person mistakenly accused and subsequently threatened, and generally caused problems for people he knows personally, he was completely unapologetic, shrugging off his essentially malicious behavior as just a fact of the internet. He even called the threats that resulted from his behavior as “human nature” saying that “people just get pissed on the internet and say what they want.”

So, is the life lesson here that in our current day and age, someone can steal and destroy your property and there’s nothing you can do about it as long as it takes place on the internet, because the internet already tolerates bad behavior that we probably wouldn’t tolerate out here in meat space? 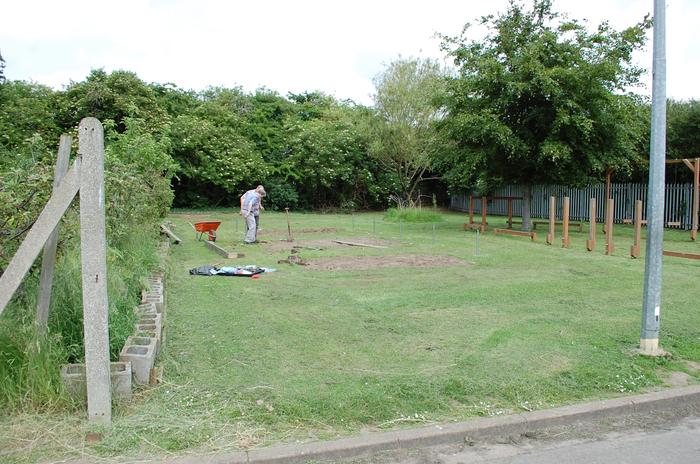 The Auction House will play a major role in Diablo III's economy.

By allowing players to perform transactions with both real money (facilitated by PayPal) and in-game gold, the Auction House will serve to spur the game's virtual economy with prices set by players, rather than the developers. This is in contrast to Team Fortress 2's 'MannConomy,' in which prices are largely based on Valve's in-store pricing scheme.

When the auction house was first introduced in August, many would-be players voiced their dismay and their doubt. I retorted with an article, written largely in support of the the new system.

However, information about the auction house's functionality remained sparse, at least until BlizzCon last weekend.

'Our goal with all of our games is to ensure players have a highly enjoyable, rewarding, and secure experience,' said Blizzard of the service. 'Acquiring items has always been an important part of the Diablo series, but the previous games have not had a robust, centralized system for facilitating trades, and as a result players have turned to inconvenient and potentially unsafe alternatives, such as third-party real-money-trading organizations'

Blizzard further explained that services for extra-game transactions would have been facilitated by third parties, had they not opted to create their own trading system.

'Many of the transactions between players and these organizations led to a poor player experience and countless customer-service issues involving scams and item/account theft, to name a few. To that end, we wanted to create a convenient, powerful, and fully integrated tool to meet the demand of players who wished to purchase or sell items for real-world currency, and who would likely have turned to a less-secure third-party service for this convenience.'

The studio went into great detail to elucidate how exactly the system would function for players.

Furthermore, Blizzard put players' fears to rest that the system would be anything but optional.

'Fans still concerned about using the currency-based auction house can rest easy knowing that the feature is completely optional. After all, the main mode of acquiring awesome items and equipment is still by playing the Diablo III’s core adventure. Besides, there will be no shortage of opportunities to trade with friends and use the full-featured gold-based auction house. Considering that every single item from the most basic of salvaged components to absolutely epic weapons and armor can be traded, bought, and sold, Diablo III will likely keep players busy with the sheer joy that comes with acquiring and managing loot.

“We’ve always tailored our business models to match what we’ve felt would be most appropriate and effective for each game and in each region, and that’s the case with Diablo III as well. The item-based nature of Diablo gameplay has always lent itself to an active trade-based ecosystem.”